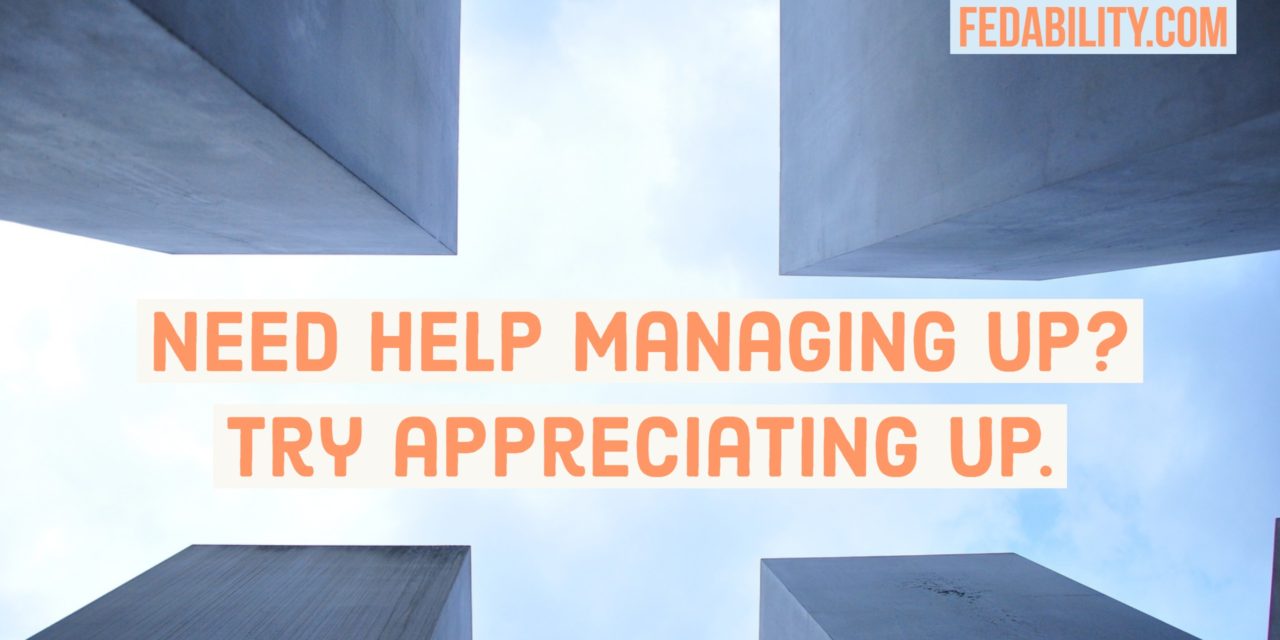 Did you know there was such a thing as Boss’ Day? I didn’t. It’s October 16th. It was a surprise to me because appreciation and recognition is discussed almost exclusively in regards to the average employee.  I frequently get asked about managing up. And, while there’s a number of suggestions I might offer, the one that’s most unexpected is to appreciate up. Let’s explore why bosses deserve some appreciation (although Boss’ Day might be a bit of a stretch) – and how to do it.

Now, if you’re like me, you didn’t know there was a Boss’ Day. And, that’s most likely because there’s been some push back on the holiday proclaimed in 1962. Mainly, the complaint it’s unfair or inappropriate for employees to give gifts upward. The nail in the coffin may have been the 2015 article on 5 Reasons Why Boss’s Day is Total BS. Though I agree that Boss’ Day is a bit of a stretch, I don’t agree with the author’s rationale.

Bosses are the boss. The author argues that while the job of being a boss is difficult, it comes with rewards in and of itself. Namely, monetary and power.

Of course, we know in the government that bosses don’t necessarily make more money. It’s possible a direct report is a Step 10 of one grade, while the boss is a Step 1 of another grade – and the Step 10 makes more money.

The holiday creates a monetary obligation for the employee to buy something for the boss. And, circular as it is, that employees don’t make as much money.

Let me refer you back to Reason 2 above. Also, just as employee appreciation doesn’t have to cost anything, nor does appreciating up.

This one is true.

It flies in the face of etiquette.

Etiquette is socially determined expectations for conventional norms in a given society, group, or class. Given that etiquette changes over time and generations, it’s basically saying, “This is how we’ve always done it.”

How appreciating up is a method of managing up

Don’t get me wrong. I don’t necessarily support Boss’ Day. My point is only that bosses deserve to be appreciated. And, that in appreciating up, you set the stage for managing up.

First, let’s be clear about what managing up is all about.

There’s no agreed upon definition of what managing up means. But, the short of it is effectively managing your relationship with a person in higher rank than yourself. Whether that person is a direct supervisor, or someone that’s several layers above you.

Why manage the relationship?

So that you can influence them.

Ultimately, managing up is the ability to influence.

Ok, so now how do we influence up?

Well, it comes down to trust.

Based on the research on trust, trust is based on 3 things. Trust is the belief the person is competent, has integrity, and is looking out for everyone’s best interest (not just their own).

In my own rather unofficial research with government employees and supervisors, the biggest breakdown in trust comes from a lack of integrity. And, the reverse of that is that demonstrating your integrity is a good way to build trust.

In the vein of being fair and sincere, I ask you this: Are you giving your supervisor the credit they deserve for what they do each day?

In a prior post, I talked about the difference between feedback and appreciation and defined them both.

One of my favorite leadership books is Leadership on the Line: Staying Alive Through the Dangers of Change

. The reason this particular books stands out for me is that it’s the first I’ve read that openly admits that leadership is lonely. It admits that being a good leader can have negative consequences for their own career.

With the knowledge that leadership is lonely, it only makes sense that one way to build trust with a manager is by understanding the worth, quality, and importance of what they do – and then showing gratitude for it.

How do you appreciate up?

Let me give you an example. I had a supervisor who would by the whole team tickets to the agency’s holiday party each year. They were’t inexpensive and the team is rather large. If I had to estimate, it came out to around $100 for the tickets.

On the day of the party, about a quarter of the team opted to telework. Some were on leave (some scheduled, some unscheduled). Ultimately, very few of the team for which the supervisor had bought tickets for actually attended.

Admittedly, I was upset on behalf of my supervisor. I appreciated that $100 isn’t a lot to some. But, it’s a lot to spend on employees who don’t show up and the expense is entirely lost.

So at the party I took the time to say, “I just want you to know I appreciate that you bought the tickets to the party for all of us, and I’m sorry so many people decided not to show up today. I’d be very frustrated in your situation.  So, I just want to thank you for trying to find ways to show your appreciation to all of us.”

Of course my supervisor shrugged off any frustration that might have been felt personally about the team not showing up or the lost money. But, I know that she appreciated my awareness of the situation, what it cost, and was thankful.

In another instance, I stopped by a supervisor’s office to thank them for backing me up in a meeting. I acknowledged that it was a controversial situation so it probably cost her some political points, but that it meant a lot to me to have her on my side.

What does it feel like to be appreciated up?

From the other side of the table, I experienced the lonely side of leadership. It had become especially lonely as I dealt with a number of performance issues left over from my predecessor. It was a tumultuous time for all of us. Despite that, I had someone on my team stop by to tell me that he appreciated what I was doing about the performance issues. He went on to say that he wanted me to know that he’d received a job offer – but that he was declining it to stay on my team.

As the supervisor in that scenario, I can tell you that I felt an overwhelming amount of gratitude for that team member. It made me feel better about all the tough conversations and decisions I was having to made. And, it buoyed me as I had to keep doing those things.

And, I will tell you honestly that that team member earned a spot in my ear. I often turned to him to get his perspective on how the work was done. You better believe that I listened when he offered suggestions for opportunities to improve processes.

Challenge for you: appreciate up

Let me know how it goes!

And, as further evidence of the value of thanking someone for what they do – check out one of my favorite TED Talks about Everyday Leadership. I also wrote a post about this Ted Talk on how you may have overlooked some of your own leadership moments. 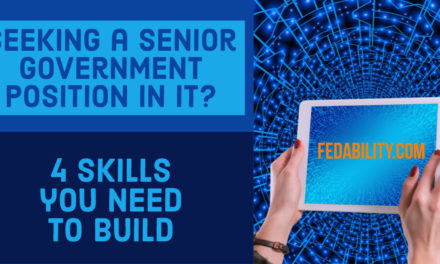 Seeking a senior government position in IT? 4 skills you need 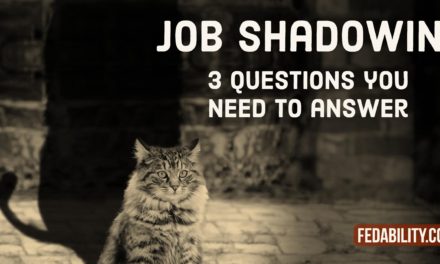 Job shadowing: The 3 questions you need to answer 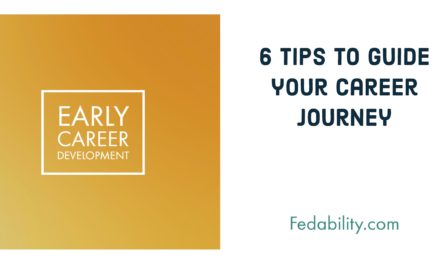 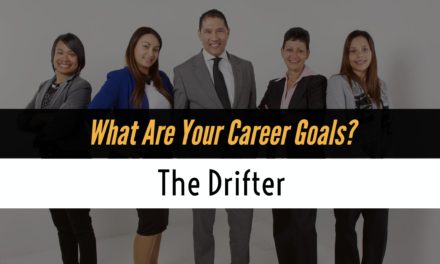 Does that government job come with career goals? Professional development for when you feel lost